FROM A NORMAL BANKER TO A FITNESS ENTHUSIAST 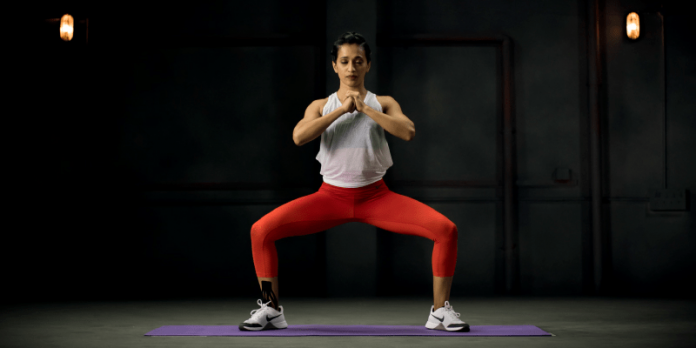 Sounds like a dream? But for Shwetambari Shetty its reality now.

This is the story of India’s most loved fitness star, who hails from Kundapur, Bengaluru. She has set an example From being a banker to becoming one of India’s most loved fitness enthusiasts was definitely not an easy one. First of all, age doesn’t matter because fitness is a journey, not a destination. She belongs from a family who had a background in fitness and sports, so that was a major reason for her to lead an active life.

She started to work in the banking sector, with HSBC as a client servicing manager and also climbed the ladder of promotion and became a manager. She did seven years of a corporate job. Later on, she was offered a job at a fitness club where she was supposed to look into operations.

“I was compelled to attend the instructor’s training programme as I was young and fit,” says Shwetambari.

Because it was part of her training. At that time she didn’t realize what she was getting. After that, she got married and for 3 years she did a normal job. Until she said, “My husband pushed me to make use of my Zumba certification.”. She trained really hard and it was not an easy journey. It was the culmination of falling, getting up, failures, victory, happiness, and tears. So definitely not an easy one. And she kept growing and continued to teach people, which made her quite popular as an instructor.

She said, “I was finally doing what I love. It all seemed perfect until I got a knee injury”. So it’s a kind of warning for all of us, not to overdo things. She said, “I realized that I was overtraining, something you should never do. I was lucky to get away with a minor injury but these can turn into major concerns if not addressed in time”.

That’s why she was on complete bed rest for straight 3 months, and on bed rest she met her fellow Zumba enthusiast Sudhir Kulkarni and together they decided to start a fitness club. At least to give it a shot. Again, it wasn’t easy.

She said, “I did all the dirty work. I remember running behind people in supermarkets and cafes asking them to fill up research forms. We wanted to gauge people’s reactions to zero in on the most suitable location to start our club”.

STRENGTH IS YOUR BEAUTY

So now, apart from being a trainer, a fitness enthusiast and an entrepreneur. She is also among top 5 fittest women in India.

Also, she gave us a tip by saying, “It’s not always about how good you look from the outside. It’s not about losing oodles of weight by starving yourself. If you eat clean and work out regularly, the results will definitely be there for you to see. I hate the idea of deprivation and enjoy my cupcakes and beers on weekends. Nothing is harmful when done in limitation”.

So now, it’s up to us, how we take it. With proper mindset, determination and consistency you can also do it, and make a new history.