THE PERSONIFICATION OF HARD WORK AND ROYALTY 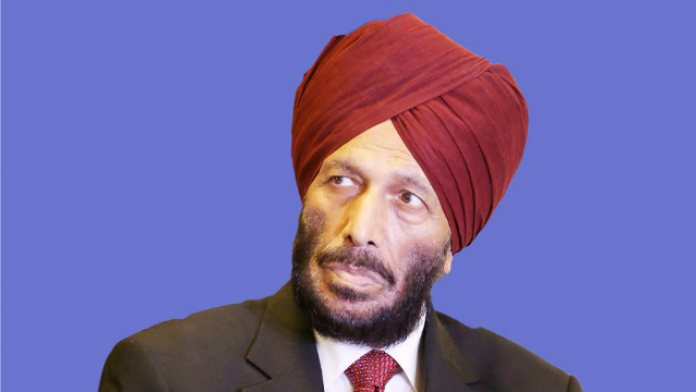 Yes, we are talking about the flying Sikh, the Milkha Singh.

Milkha Singh is one of the most legendary and known personalities who has ruled over the Indian track for over more than a decade with his lightning speed and burning spirit.

He has created multiple records and won numerous medals in his career and definitely set a huge example in the world. He has represented India at the 1956 Olympics in Melbourne, the 1960 Olympics in Rome, and the 1964 Olympics in Tokyo.

This is the reason Milkha Singh is the greatest personification from India for decades with his phenomenal displays. He has worked really h hard to sharpen his skills over and again. In Melbourne 1956, when Milkha Singh was not much didn’t progress beyond the 200m or 400m, but a meeting with champion Charles Jenkins proved to be the source of much inspiration. That’s why right after he left Melbourne, he took a resolution to turn himself into “a running machine”.

And it happened in Rome 1960 Olympics, Singh was widely known as “the Flying Sikh”. He made it to gold as part of India’s 4 × 400-meter relay team. He was the first Indian male you made it to the 1960 Olympics game in Rome. He Noether had a very rich background nor a good environment. In fact, from the beginning he was orphaned after the partition of India, He made out his living by working in a roadside restaurant before joining the Indian army. He has spent his life in refugee camps as well.  When he was working in the I army, initially he was introduced to “sports and running” which he said, since he came from the village. He did not know what was running or the Olympics.  After joining ing army, He realized his abilities as a sprinter. Also, he was awarded the Padma Shri (one of India’s highest civilian honors) in 1959. After his retirement, he served as the director of sports in Punjab.

He said,”  Discipline, Hard Work, Will Power .my Experience, Made Me So Hard That I Wasn’t Even Scared Of Death.

But One Story Reflects His Desire Clearest.  You Can Achieve Anything In Life. It Just Depends On How Desperate You Are To Achieve It”. he has donated all his medals, to our nation. Through we can see how much passion and burning heart he had to achieve something and do make India proud. Truly, you are a gem to our nation, sir.

Recently, even Bollywood immortalized this legendary figure by releasing Bhaag Milkha Bhaag. These are his word about his training “ I used to train for about five to six hours daily. In the morning I trained for two to three hours. Very often, I went along with the distance runners for a cross-country run. This was to build up my stamina and for general physical fitness. In the evening I devoted two to three hours on the track, doing repetition runs, repeating 200m and 300m, etc. It was a simple training program but done with concentration and dedication. In fact, I tried so hard that sometimes I found it difficult to walk back to my barracks”.