TOP 10 BEST ATHLETES IN THE WORLD 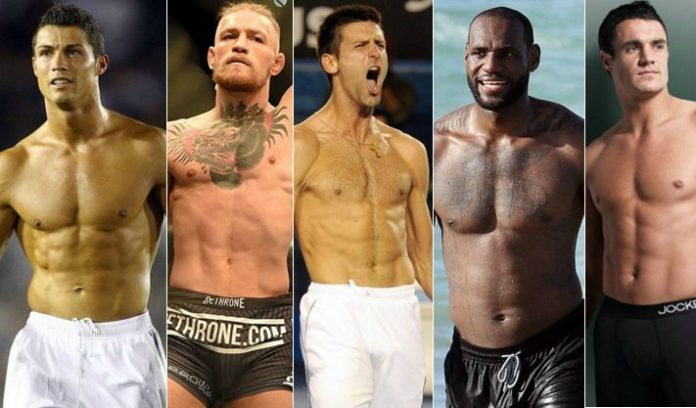 One of the most hot topics among the fans. It’s the discussion which comes up very frequently among all the sports lovers. So today we will be sharing the top 10 best athletes in the world.

To ease the die-hard sports fans or sports lovers. We have made this list of best athletes who are currently competing and are consistent, dominant, and have the outstanding physical ability. Sports fans have a completely different level of love towards particular sports and they go to any extent to express their love. From body paint to coordinated colors to chants and signs, some fan groups stand out above the rest in showing off their extreme team spirit. They are insanely dedicated to the sports or team they like and support. So here are the top 10 best athletes considering all the major points.

Wladimir Klitschko has been present on lists like this one for nearly two decades and is certainly one of the greatest boxers ever, as well as one of the world’s best athletes.

Katie Ledecky is recognized as the best swimmer in the world, she is still in her 20’s. She won five gold medals and broke three world records at the 2015 World Championships in Russia. She also became the first swimmer to win the 200, 400, 800, and 1500 meter freestyles in a major competition.

LeBron James, well known for his outstanding performances and achievements in basketball. He has the ability to change and direct a game and that’s reflected in his 12 NBA All-Stars, 4 NBA MVPs, 2 NBA Finals MVPs, and the fact that he is the Cavs’ highest scorer of all time.

Roger Feder, who doesn’t know him? He is the greatest achiever of all time. Roger Federer has the most major wins in men’s tennis of all time with 19 singles tournaments to his name (8x Wimbledon, 5x US Open, 5x Australian Open, 1x French Open). Next to him is Rafael Nadal with 15 majors and Pete Sampras with 14 major wins. The native of Swiss spent the longest time as the world’s No.1 ranked men’s tennis player. He is really unmatchable.

Usain Bolt, the fastest man on the planet, ever. He is one of the best athletes in the world, who strive to attain unattainable. Bolt won 9 Olympic gold medals, but he is also the only Olympian in history to win both the 100m and 200m in world record times.

Serena Williams, the name itself has the weightage. She has been winning major tennis championships for almost 20 years. Since the beginning she entered and started to play tennis, it was more than a debut scene in 1998, Williams has won 23 Grand Slam singles titles and 14 doubles titles. She also has four Olympic gold medals (three doubles, one single).

Christno Ronaldo, the man of golf heart. Everyone knows that Ronaldo is leading the line at Manchester United, and has dominated England and Europe over the coming seasons and so it came as no surprise when Real Madrid came calling. He has won 5 league titles between England and Spain, 3 Champions League titles, a European Championship and 4 Ballon d’Or awards and so many more to count.

Sonny Bill Williams, one of the professional athletes in Rugby. With 12 domestic championships in Rugby League and an appearance at the Rio 2016 Olympics, the real assets in his crown are the 2011 and 2015 Rugby World Cup victories with New Zealand. He made a record.

Carli Lloyd, the U.S. Women’s National Team, scored the winning goal in the 2012 Olympics, was captain of the 2015 World Cup team, and was victorious in the championship game against Japan. She scored three goals in the 2019 World Cup as the USA repeated as champion.